Photoageing is defined as;

“Premature ageing of the skin due to long-term exposure to sunlight or ultraviolet radiation.”

Humans have known they need to protect their skin from solar exposure for thousands of years. In fact, the earliest evidence of this dates back to ancient Egypt, where people used natural ingredients as sunblock and invented the first parasols to shade themselves from the sun.

With skin health becoming forever linked with the beauty industry, it’s not surprising that the advice is conflicting and sometimes misleading. As experts in photoprotection, we can tell you that the simplest and most effective way of keeping your skin healthy is to protect it from solar radiation.

This article breaks down five of the most common photoageing myths!

1. You only need to worry about UV radiation.

When it comes to skin health, there are three components of the sunlight spectrum that we need to worry about. UVB travels in shorter, more energetic wavelengths (between 290 – 320nm). This means that it is more reactive when it meets our skin. When you get sunburned, it is UVB radiation that has done the damage, but it’s also capable of causing damage to the DNA within our skin cells.

UVA makes up 95% of all the UV radiation we are exposed to. Travelling between 320 – 200nm, it doesn’t cause sunburn like UVB does, but can penetrate our skin to a much deeper level, causing the DNA damage that leads to skin cancers, photoageing and hyperpigmentation.

The other harmful portion of the light spectrum that many people are unaware of, is High Energy Visible (HEV) light. This is light that is visible to the human eye but retains an element of the reactivity we see in UV radiation. It travels at more relaxed speeds than UVA (between 400 – 500nm), but also penetrates right to the base layer of our skin where it can damage skin cells, leading to photoageing and hyperpigmentation.

This is why it’s important to take steps to protect your skin all year round – not just when you think you might get sunburned. Want to learn more about photoprotective measures? Click here.

2. You can only see photoaging signs in fairer skinned individuals.

There are numerous claims that exist when it comes to skin type, including that those with Fitzpatrick Skin Type (FST) IV-VI do not need sun protection.

However, research has found that this is not true. The combination of UV radiation and visible light leads to signs of skin damage, including long-lasting pigmentation in FST IV- VI. Regardless of where you fall on the scale, the photoageing effects of solar radiation apply to you too.

3. Sun exposure improves your appearance and builds a ‘base tan’, giving you natural protection from harmful radiation.

‘Tanning’ became a popular trend in the 1920s when Coco Chanel was photographed following a holiday in the French Riviera. From that point on, having darker skin was perceived to be a sign of wealth and status. This is a cultural phenomenon that has persisted throughout the last century, spawning an entire sub-section of the beauty industry itself with the creation of ‘tanning beds’ and topical ‘fake tan’ solutions.

In order to add scientific basis to a cosmetic offering, salons began talking about the ‘base tan’. They claimed that through short, regular bursts of UV exposure, you could limit the effects of UVB rays and therefore, the likelihood of developing sunburn.

The truth is that while UV-induced darkening of the skin offers some natural protection, it only blocks around 65% of the damage to your skin cells. In trying to gain ‘natural protection’, you are over-exposing your skin to harmful radiation, which accelerates skin ageing and comes with an increased risk of developing skin cancer.

Solar exposure impacts your skin at any age – even if the signs aren’t immediate. Signs of photoageing can be found in early teens with the risk of photodamage increasing rapidly with each year of development.

Research carried out on a group of young men ages 18-28 compared the impact of solar exposure on those using and not using photoprotection. Those who did not use adequate photoprotection were found to have long-lasting signs of photoageing. These signs included loss of elasticity, pigmentation disorders, and diluted or broken blood vessels.

Early signs of ageing aside, photoprotection as an adolescent is vital. Skin damage is cumulative and starts with the very first time your skin is burned by solar radiation. One bad sunburn as a child can double your risk of developing melanoma in adulthood.

5. Photoprotection is only necessary in the warmer seasons.

Harmful radiation from the sun is present year-round. While there is estimated to be around 30% less sunlight in the winter months, the risk to your skin is still present.

Photodamage during the colder seasons can still occur and is often influenced by other factors including weather conditions and where in the world you happen to be. Higher altitudes and sunlight reflecting off snow or water can increase UV intensity – even though you might not feel like your skin is being harmed.

We hope you found this blog post useful! Remember, practicing good photoprotection is your best line of defence against solar radiation. Click here to learn how you can protect yourself every day. 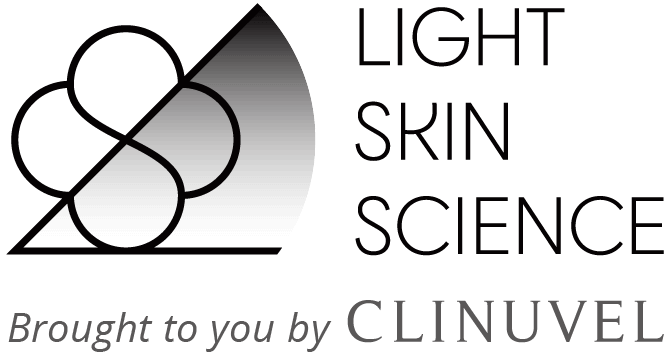